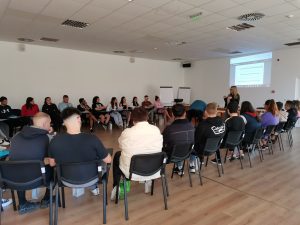 In the last years Internet has changed the world. It has became a great tool to break borders, speed communication and provide information to everyone. Though, at the same time, it has also became the source of many new risks, problems and challenges. The growth of Internet usage has led to a large number of risky websites and online problems such as fake news or spam messages. People, especially youngsters and new users, are often confused about what they can trust or not. According to the recent Eurobarometer Report № 464 on fake news and online disinformation, 61% of EU citizens use social media at least once per week. 85% of EU citizens believe that fake news are a problem in their country, the 83% even believe they are a threat for democracy. 68% claim they find fake news at least once per week. The new risks, problems and challenges of new technologies affect youth in a greater extent. Concerning this, young people and the partner organisations from Bulgaria, Turkey, Spain, Serbia, Germany, and UK prepared the project “Real or Fake – Time to AwakE+”, which aimed to inform youth about media and online risks, increasing their media literacy and to teach them to better recognise what are trustworthy sources, propaganda, fake news and scams. Through the project activities, including a mobility for young people, we fostered their skills connected with critical thinking and cautiousness in media environment. The main objectives we achieved were to help participants to: 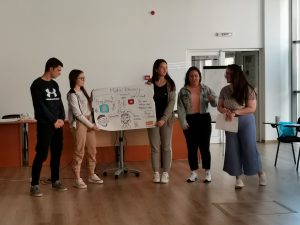 The youth exchange “Real or Fake – Time to AwakE+” corresponded directly to one of the emphasis of “Erasmus+” program, namely mobility projects for young people enhancing media literacy, critical thinking and sense of initiative of young people. Regarding this, the aim and objectives of the project proposal responded to needs in this direction, supporting young people gain skills and knowledge necessary for their safety and self-orientation in the media and Internet environment.

The mobility of young people included thirty participants from six different countries – Bulgaria, United Kingdom, Germany, Spain, Turkey, and Serbia. It involveа participants aged 15-25, and group leaders above 18 years old. “Real or Fake – Time to AwakE+” took place in the city of Gabrovo between 18-26 May, 2022 and was officially supported by the Municipality of Gabrovo. 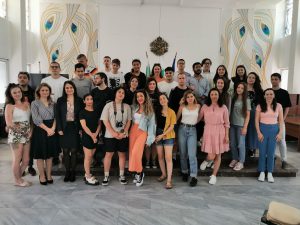 The activities that were implemented were directly connected with the increasing of media literacy, improving skills of participants and providing them with tools for recognizing fake news and protect themselves by propaganda, scam and other risks in Internet. Through games, discussions, practical work and other non-formal methods we addressed issues related to threads about participants` security in Internet or unintentional share of personal data. They understood better the fake news phenomena through developing their skill for critical thinking. In this way through the planned activities, their vulnerability to misleading information and propaganda was significantly decreased. The participants gained both theoretical and practical knowledge about both the risks in Internet, how to prevent risk situations and find solutions, when needed. 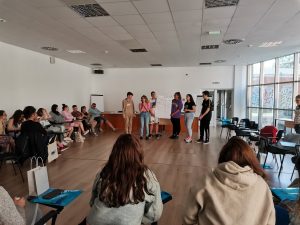 Based on the competences the participants have acquired and as a main result of the project, they have prepared a Booklet for oung people “AwakE+”. It includes information about Media literacy, Internet risks and advices for prevention, fake news and how to recognise them. In addition, it presents results of a survey the participants made through interviews with local people, related to Internet security and fake news.