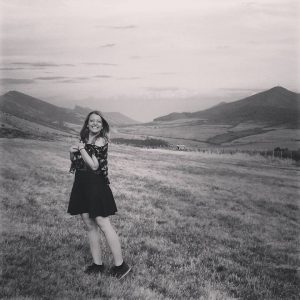 “Fulfilled with Happiness, Joy and a Lot of “Lotion” for My European Soul”

Fulfilled with happiness, joy and a lot of “lotion” for my European soul: One week after my return from “Refugees Integration vs. Discrimination” training, which took place from 21.08 to 29.08.2017 in Bulgaria, I would like to go back to the last days and I am very happy and thankful you for the opportunity to let  me to travel to this place.

However, what I find difficult is to evaluate the training. How can one determine whether a training is successful? How did you travel to the right place? Were the workshops and events in which you participated good enough? Or how would you rate the beer that accompanies the conversations after an instructive day?

The weather in Varbovo is accompanied by sunlight every day, and the picturesque mountain scenery creates a truly magical atmosphere.

Certainly these are the ideal prerequisites, but they are not critical to the success of the training. The special event was the meeting of active young people from eight European countries.

Training has become a platform for dialogue and exchange that creates the conditions for a subsequent multiplier effect and the development of ideas. The meeting with the individual participants was crucial to the success of the project.

We had a chance to learn a lot about what refugees’ lives are in each country. We have come up with answers to various questions, such as the reality of migrants who have fled to Macedonia, Slovenia or Turkey. Besides, we had the opportunity to meet interesting local politicians and discuss various issues with the mayor of Belogradchik municipality. For example, the question that really excited me was “How does civil society react in Bulgaria during the mass migration of migrants?”

In 2015 Bulgarian state became part of the Balkan route through which many refugees reach the European Union. The training course as a whole was a series of intense experiences.

During our visit to Vidin, the town was presented by the mayor as a very tolerant city. In fact, Jews, Muslims and Christians have been living together for centuries. What I want to add is that I was allowed in Vidin to accompany the project organizers to the national radio station where I gave an interview. The radio broadcaster asked me about the life of refugees in Germany. She was also very interested in the “housing project” I’m working on in Fulda.

We had the opportunity to admire the magical rock formations in Belogradchik and to visit the Magura cave. The purest beauty of the world!

The scope of the topics discussed during the project has always been a prerequisite for wide-ranging discussions that often ended in an extremely emotional way. Here, I should point out that due to the tight schedule there was often no time for reflection, but the various speeches were discussed later in the evening with beer in hand.

In retrospection, the diversity of the participants was the most important source of sustainable value of the project within the time. It was very interesting to see how the different aspects and points of view were manifested.

On one hand, we are hardly aware that there are different stereotypes from all sides that we have to deal with.This is a consequence of the fact that everyone at one time or another finds themselves in a certain situation or role. It is difficult to admit that stereotypes play a role in our encounters with other people, but it is also difficult to realize their essence and identity.

Nevertheless, it was great to see that some of the participants developed a sensitive attitude to issues such as sexism, racism and xenophobia. It loads me with a certain amount of optimism that I want to impart to other people.

In addition to all the notable differences that emerged during the project, interpersonal discussions have placed political and social conditions in the background, reflecting the similarities that connect us as young people on this planet.

I thank the whole team who made this meeting possible and who allowed me to be part of this training course.