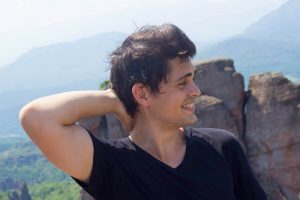 My first experience with youth exchange – ACTIVate YOUrself

The “ACTIVate YOUrself” project was a fascinating experience that taught me that learning can be fun too.

As soon as I got off the bus, I was looking forward to unloading my luggage, seeing my new foreign roommates, and getting to know the rest of the team. That was what I thought, being in front of the hotel where the next eight days was to be my first youth exchange. Until then, I had only heard about the projects for sending young people abroad for training and internships, organized by the European program “Erasmus +” for 30 years already. We were 30 people total (5 from Bulgaria, Turkey, Macedonia, Romania, Spain and Germany), and the main topic of the project was activization of young people into political and social life.

During the first days I was in a “cultural shock” because never before had I worked in a team, consisting of so many and so different people. Our program was clear: training sessions of a maximum of 2 hours, from morning to night with enough breaks and mentors who explain to us what tasks we have and help us. And the tasks themselves were both lighter to get to know each other, and more serious, focused directly on the main topic of the training.

I am glad to say that I got to know most of the people in no time. Our first tasks, as well as games and competitions, included introducing and remembering as much information as possible about others around us. The common language for speaking was English. Of course, everybody’s level of speaking is different, but that was no problem, as everyone was very friendly and tolerant and we were helping each other. Only after a day we were accustomed to the situation and we were already friends. Then came the serious part – the training.

What surprised me most was the nonformal way of learning on youth exchanges. I will give as an example one of the issues we were discussing – immigrants in Bulgaria. On this subject in school a person would talk for 40 minutes while we all would stand still. But on the youth exchange we had the opportunity to take on the role of both a student and a teacher at the same time. They divided us into three groups: one supporting immigrants, one against them and one neutral. The first two teams had to find as much information as possible to defend their thesis on a final discussion. During this time, the third team invented a system on which to evaluate and decide which party has defended its opinion more skillfully. In this nonformal way, the material is transmitted “more vividly”, which is prefered by us the youngsters, and information becomes easier to assimilate. We also had many interesting activities such as debates, discussions, presentations etc.

Another good result of the youth exchange is that you get enriched very much as a person. Teamwork with so many foreigners means learning how to be more tolerant, more communicative, how to work more skillfully in a team and you get acquainted with new cultures. During evenings every national team had the opportunity to present it’s country. On the Bulgarian “cultural evening”, for example, we prepared traditional Bulgarian dishes, talked about our country, some of our customs and traditions, and we also teached everybody how to dance Shopsko Horo. Such activities were a very pleasant end of the day.

Another plus is that youth exchanges give opportunity to get more familiar with the culture of the country. We visited sights such as the Belogradchik Rocks and the Baba Vida fortress, and we also had the pleasure to meet the mayors of Belogradchik and Vidin. The experience was great in every possible way, I learned a lot and made new friends. I recommend to everybody to participate in “Erasmus+” youth exchanges.