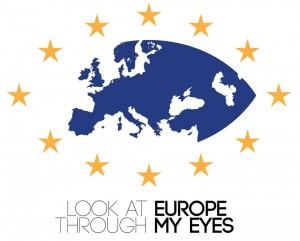 LOOK AT EUROPE THROUGH MY EYES!

Between the 8st and the 15th of September, 2013 the Bulgarian Youth Forum is going to carry out the project LOOK AT EUROPE THROUGH MY EYES!,  approved by the National Center “European Youth Programs and Initiatives” as part of the Youth in Action Program, 3.1.1.

The main objective of the project is to support and develop the initiative, entrepreneurship, sense of belonging to the European community, and apprehension of the cultural diversity as a primary key to the unity and prosperity in the EU. This goal incited us to choose diverse organizations whose participation will ensure the development of a strategic partnership and will intensify the bonds with the states from the Eastern Partnership. Our young participants will be representatives of the following organizations: Group Zenith (Turkey), Azerbaijani-American Youth Social Association (Azerbaijan),Youth Cooperation Center of Dilijan NGO (Armenia), Association of Intercultural Mediators Network (Italy) и Slovak-Indian Friendship Society (Slovakia). The project is going to be implemented with the kind collaboration and official support of the Belogradchik and Chuprene Municipalities.

The aims and goals of the project LOOK AT EUROPE THROUGH MY EYES! are in accordance with the Bulgarian national priorities in the field of co-operation with the countries from the Caucasus region and co-operation for innovations and good practices in youth work. The project also encompasses the annual priorities “Creativity and Entrepreneurship” and “Promotion of the Exchange of Good Practices in the Field of Youth Work”, included in the Youth in Action Program. Through our project young people will get to know different socio-cultural realities and will be able to reinforce their sense of being united in diversity.

The second main objective of the project is for the young participants to get acquainted with some of the various dimensions of the European citizenship and to understand, in particular, the important role that young people have in the governance of the primary administrative territorial units – the municipalities, through which the local government is executed. With the topics that will be discussed, the participants are going to have the opportunity to learn new things about the countries and cultures of the others and, at the same time, appreciate the differences between their countries and accept them as a mean to reinforce the tolerance and democratic values that are characteristic of the European civil society.

The project activities are going to take place in the city of Belogradchik and in the village of Chuprene. Those two villages are not part of any big urban agglomerations, a fact that is going to enable the participants to feel the spirit of a medium-sized municipality and ease the cultural dialogue among them. When visiting the Municipalities of Belogradchik and Chuprene, special attention will be paid to the importance of co-operation between the European Union and the states from the Eastern Partnership and the role of local authorities in the process of stimulating youth initiative and entrepreneurship, conditioned by a multicultural reality.

The design of the project incited us to enrich the traditional intercultural evening transforming it in a “Fair of the Cultures”. For the project there are planned different seminars, workshops and interactive games on two main topics – entrepreneurship, on one hand, and activities to intensify the possibilities and the potential of youth partnership between the states of the EU and the neighboring countries of the Union, on the other. The program will be completed with visits to several natural and cultural-historic sights in the Northwestern region of Bulgaria, such as the Belogradchik Rocks and Fortress and the Magura cave, among others.

Our intention is to help the participants, first and foremost, build a tolerant and responsible thinking about the different ethnic and social groups that live on the European continent, second, realize the cultural diversity as a key feature to unity and prosperity on the continent, and last but not least, improve their knowledge on and become sympathetic with the history, development and values of the European Community. We are going to reinforce the European idea associating it with pleasant and useful activities and inciting a desire and motivation for future teamwork, for realization of ideas, initiatives and projects, and for building a long-lasting partnership between the representatives of different European countries. We expect to influence the local community towards destroying the stereotypes about people of different socio-cultural backgrounds and also towards the up-build of ethnic and cultural tolerance and the increase of the level of knowledge about the history, development and values of the European Community. Among the intended results of the project is to create motivation in the local people to take active part in future projects, as well as to consolidate their trust in the European institutions. We intend to accomplish those results by generating civil support for projects that offer an opportunity to ambitious young people to study and participate in youth exchanges abroad.

The subsequent activities of the project planned to be executed between March and October 2014 are to promote the project itself in the social networks and also that our especially equipped volunteers visit eight villages in the Northwestern region of Bulgaria: Vidin, Lom, Dimovo, Berkovitza, Montana, Chiprovtzi, Gorni Lom and Belimel, and present the results from our efforts.